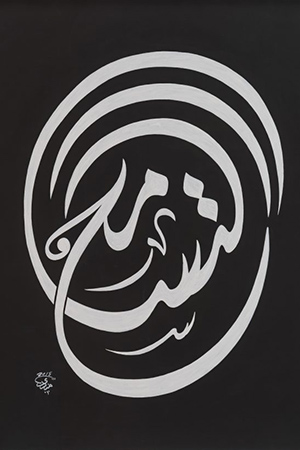 For Mohammed Mandi, calligraphy was a life choice. As soon as he picked up the reed and began to practice the scripts, he saw such beauty in the words that he wanted to commit to this traditional artform. Fascinated even as a child, Mandi enrolled in the Arabic Calligraphy Improvement School in Cairo, graduating in 1977. He continued his training in Turkey during the 1970s under renowned calligrapher Hassan Chalabi. Mandi eventually returned to the UAE in the 1980s as the country’s only professional calligrapher. The author of countless logos for government ministries, private companies and commercial establishments, Mandi’s distinctive angular designs can be found on the banknotes of the UAE and Bahrain, as well as on the passports of the UAE, Bahrain, Oman, Qatar and Kuwait. Perhaps his most notable commission to date has been for the interior calligraphy of the Sheikh Zayed Grand Mosque in Abu Dhabi, in particular the religious script on the mihrab that indicates the direction of prayer. As well as continually practicing his art from his studio at the National Theatre in Abu Dhabi, the state calligrapher of the UAE also teaches and has run workshops for students and universities across the country. 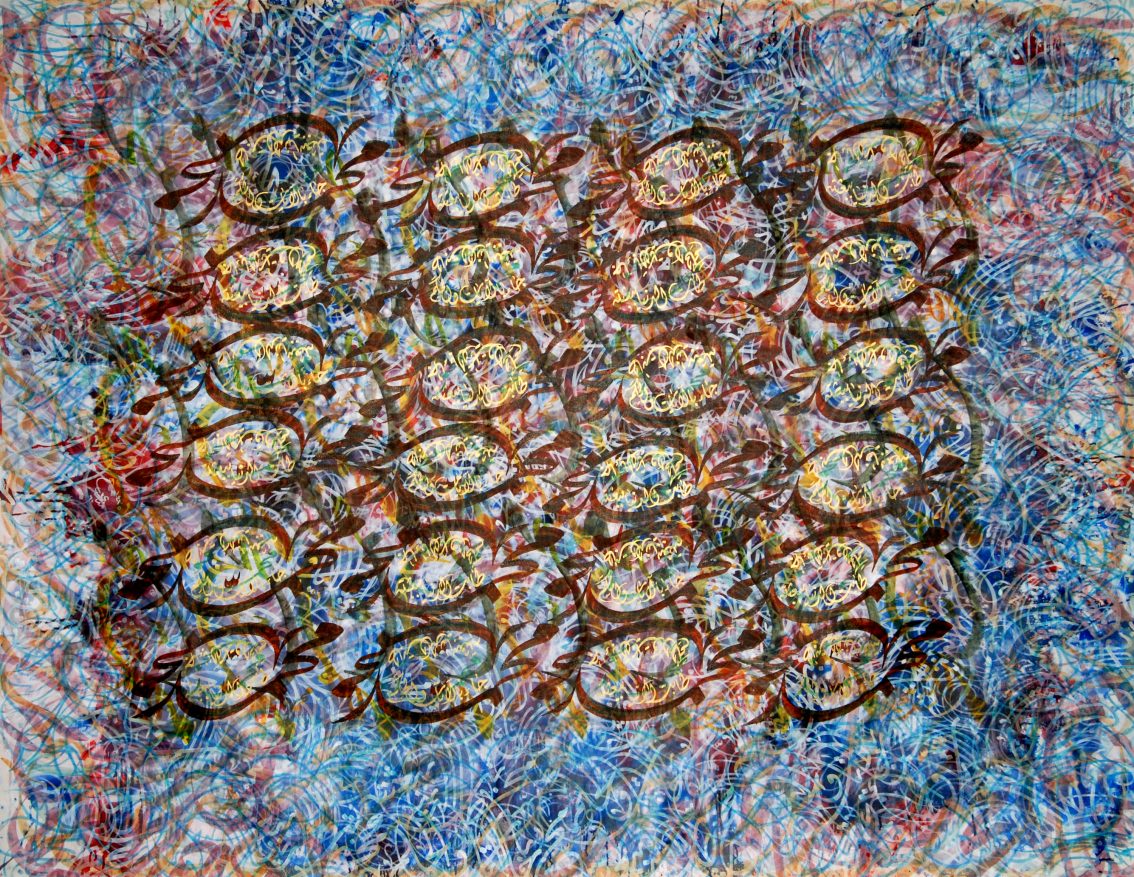 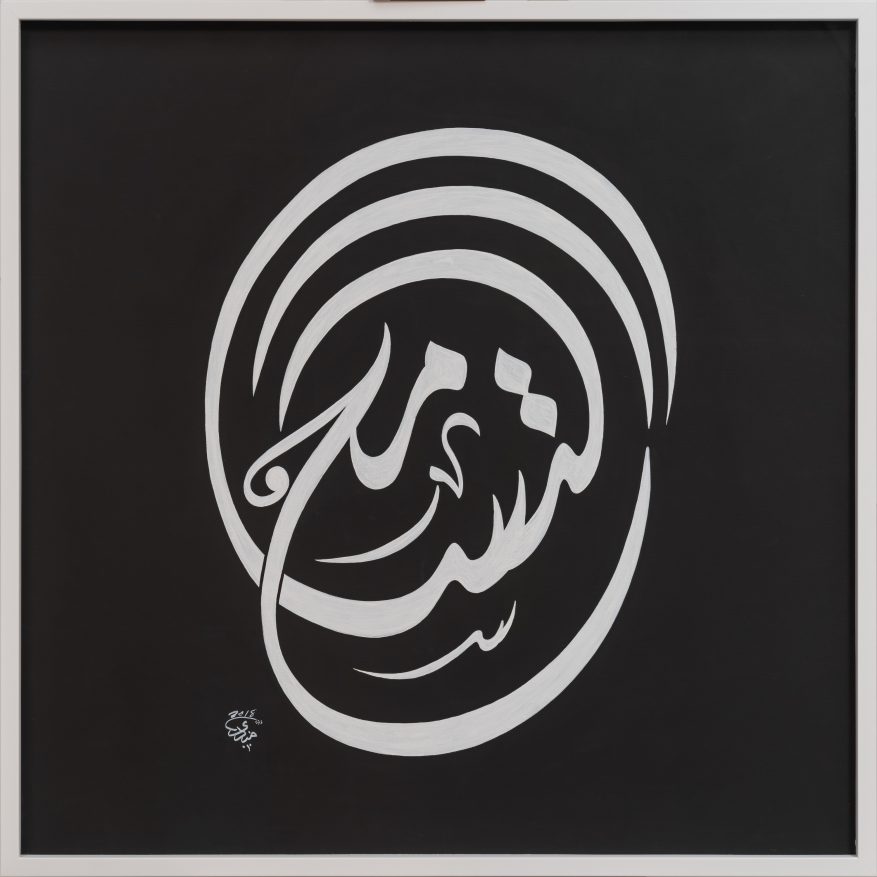 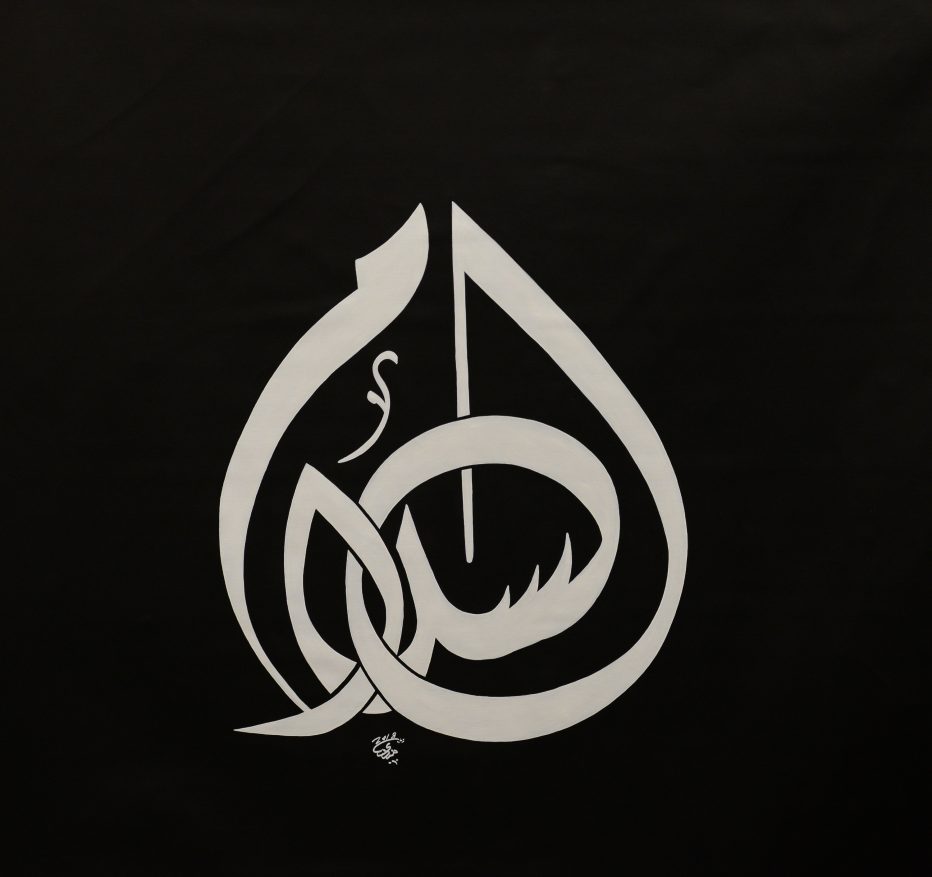 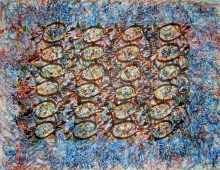 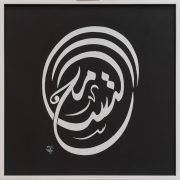 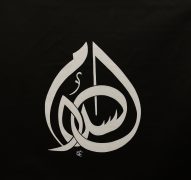