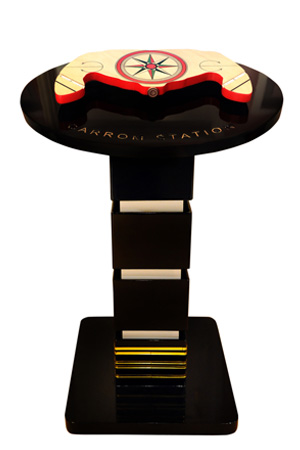 “The unique works of Sheikha Alyazia capture elements of heritage and modernity, uniting them to create a harmonious interpretation of old meets new. It is perhaps fitting that, as a prominent Emirati, Sheikha Alyazia’s work should continue to be at the forefront of the UAE art movement, challenging perceptions and inviting others to see art in their own way. Masterfully combining historic cultural influences with modern undertones, Sheikha Alyazia is a breath of fresh air for this generation and her ground- breaking work will continue to resonate for many generations to come.”

Sheikha Alyazia has been exhibited across the region and internationally, including at Art Dubai, Abu Dhabi Art and as part of ‘Emirati Expressions I’ (2009). Her debut solo exhibition ‘Dialogue’ was held at Artspace, Abu Dhabi in 2011. Her monograph, ‘Intersections’ was launched at Abu Dhabi Art in 2014. She is also dedicated to humanitarian causes and frequently engages her art in such efforts. In 2015, she was the patron of the Kunooz Fine Arts Exhibition and Auction in London, organised by Christie’s.

“The Black Garment artworks are ‘Photograms’, a special technique where an image is reproduced without a camera, also referred to as camera-less photography. This is done by placing the actual object that the artist wishes to capture directly onto a special light sensitive material like photographic paper and then exposing it to light. The result is a captivating negative shadow-like image that shows different variations in its tone which mainly depends on the transparency of the object. The interesting thing is the areas of the paper that do not receive any light remain white while some areas turn different shades of grey. The final result is usually an enticing x-ray inspired portrait.

Through this art, I wanted to shed the light on the traditional culture and produce an art piece that is truly inspired by the UAE national dress. The Abaya, or in other words “The Black Garment”, plays around different light waves and mesmerizing black and white silhouettes represent the preservation of Emirati pride, individuality and identity in an ever-changing globalized world”. 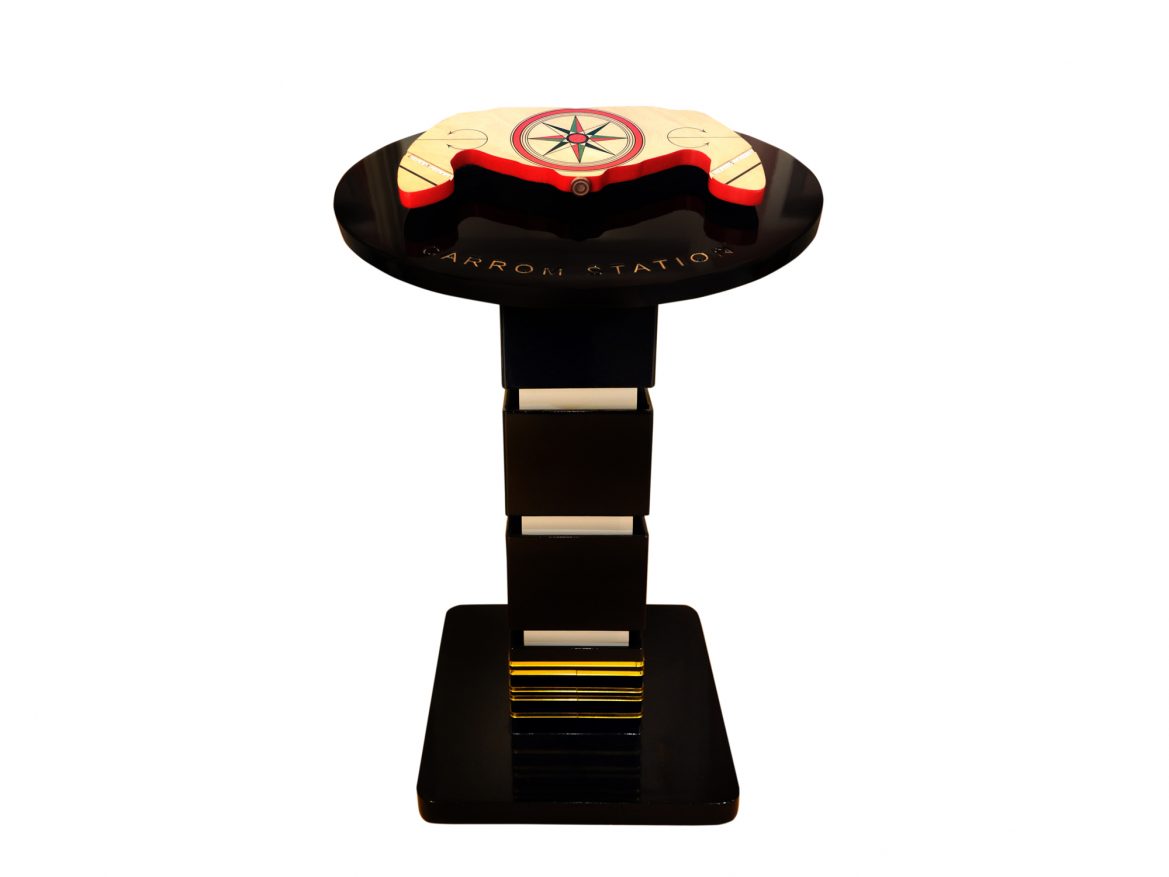 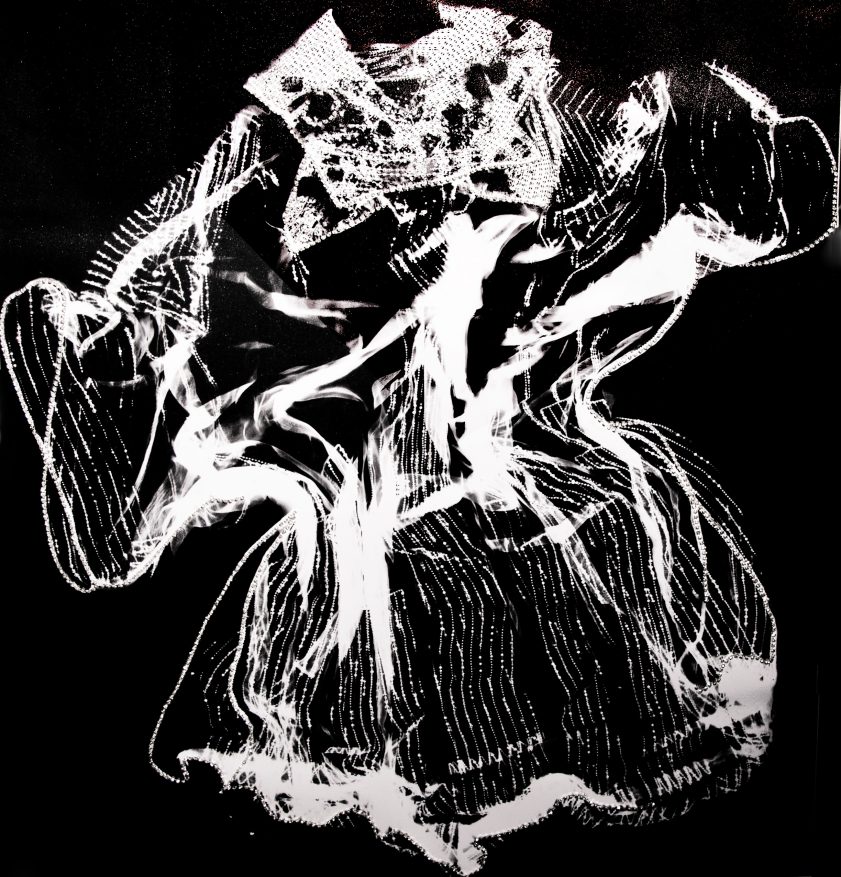 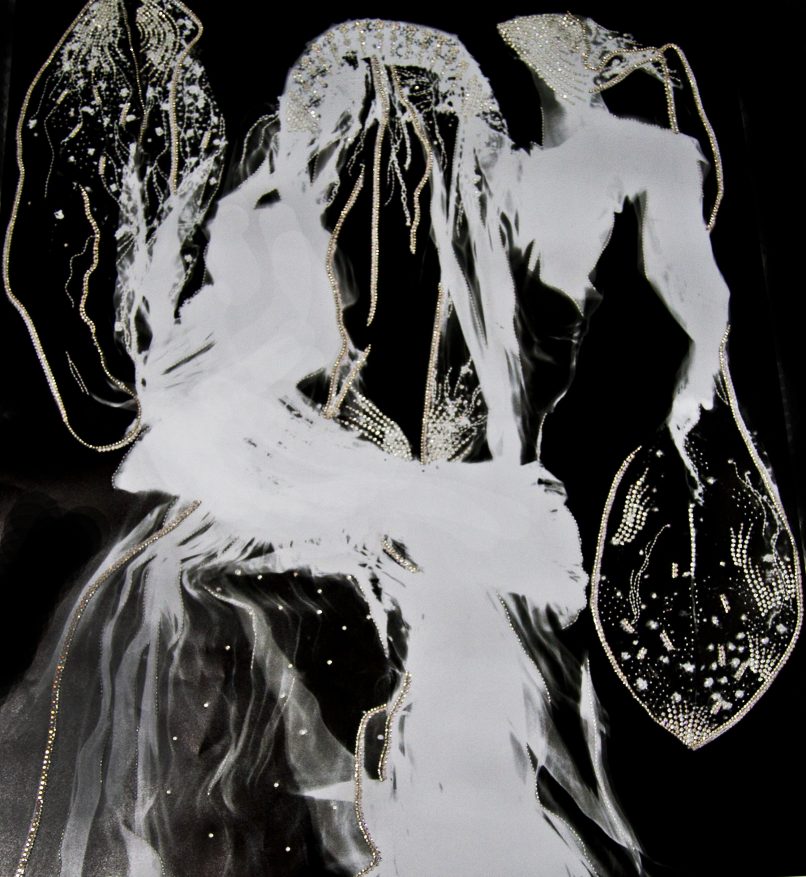 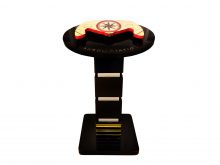 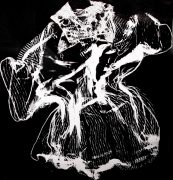