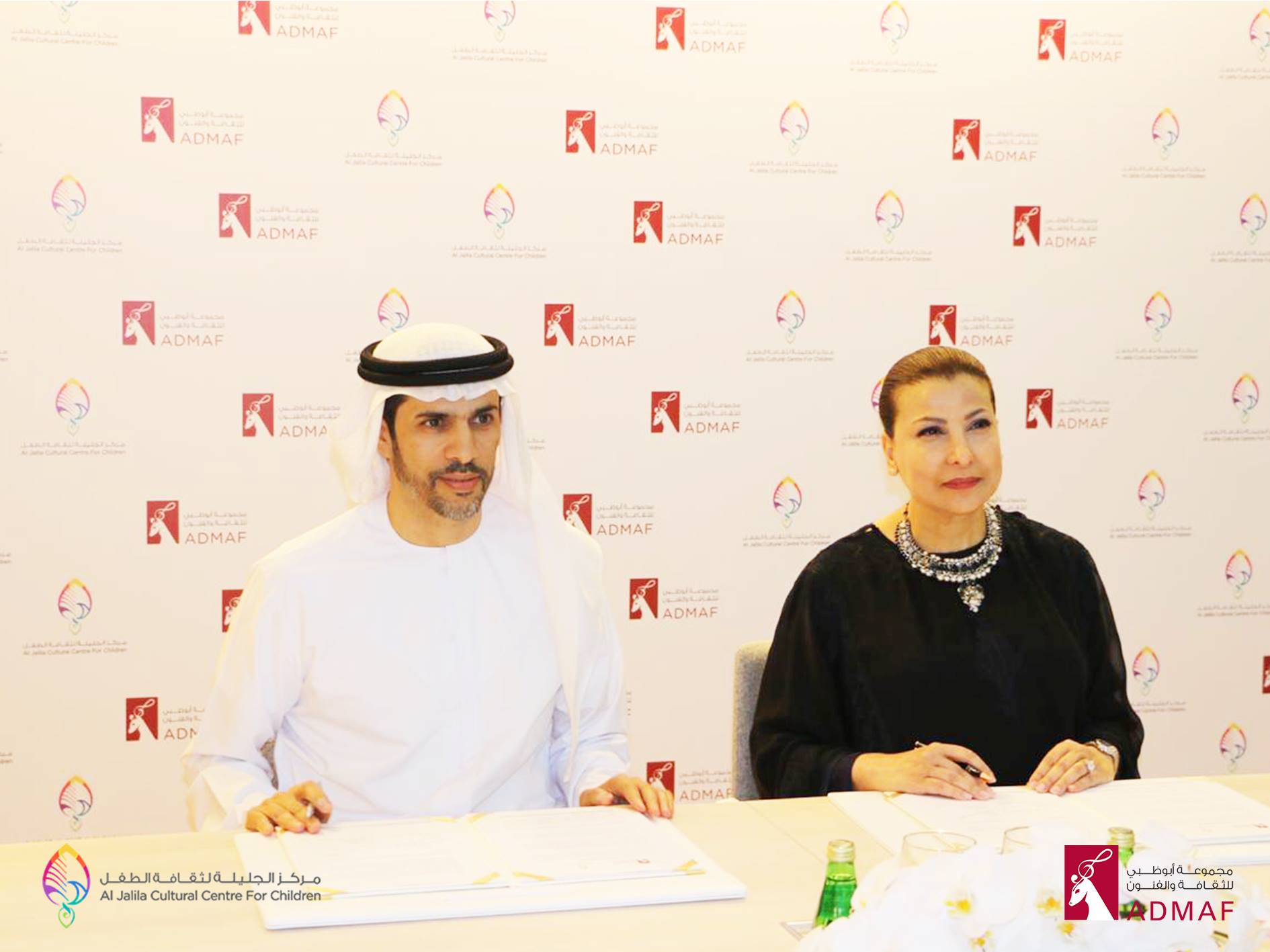 H.E. Huda I. Alkhamis-Kanoo, Founder of ADMAF, and H.E. Mattar bin Lahej, Executive Manager of the Al Jalila Centre for Children signed a Letter of Cooperation on October 17, 2018, with both parties agreeing to coordinate their efforts in supporting various education programmes and initiatives that help local communities of students and parents.

Al Jalila Cultural Centre for Children offers a safe, joyous and creative environment that welcomes children from 4 to 16 from different nationalities, and was established in 2014 under the guidance of His Highness Sheikh Mohammed bin Rashid Al Maktoum, Vice President and Prime Minister of the UAE and Ruler of Dubai, while Her Royal Highness Princess Haya Bint Al Hussein chairs its Board of Trustees. It is a non-profit centre, founded on the belief that culture is essential to understand both ourselves and the world in which we live today. The overall aim is to enrich the cultural lives of children, to create awareness of their surroundings, and to embrace their creativity and future aspirations, to prepare them to welcome their future.