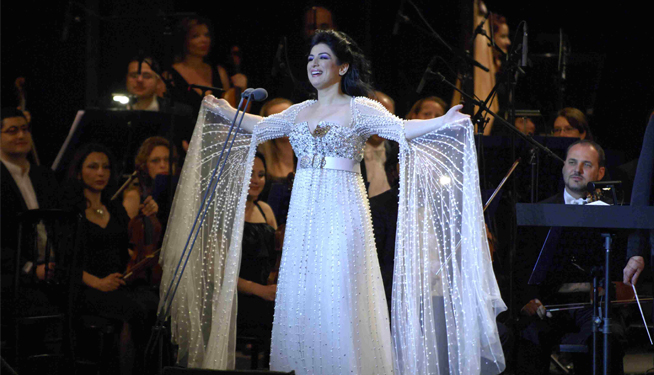 Al Kawas is known for merging Western classical music styles with musical traditions in the Middle East and beyond, with her latest focus on the creation of the first “true Arabic Opera.”

The performance saw the world premiere of her song “Allahu Ya Allah.” Watch the premiere below.