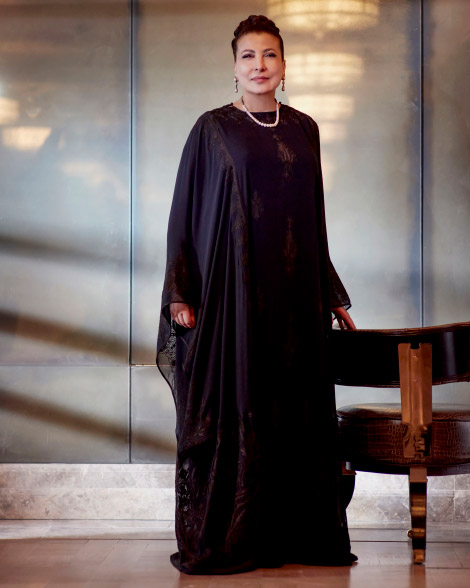 Huda I. Alkhamis-Kanoo is a patron of the arts who has dedicated her life to inspiring artists to create, generations to innovate and communities to unite and prosper. She worked tirelessly to found the Abu Dhabi Music and Arts Foundation (ADMAF) in 1996 and is also the Artistic Director of the jewel in its crown, the Abu Dhabi Festival, which she established in 2004.

Huda I. Alkhamis-Kanoo’s unquantifiable contribution to the UAE’s national cultural sector was recognised by H.H. President Sheikh Khalifa bin Zayed Al Nahyan in 2006. His Highness appointed her to the Board of the Abu Dhabi Authority for Culture & Heritage (now Department of Culture and Tourism – Abu Dhabi), on which she served until 2012.

Huda has received numerous awards for her dedication to the arts, education and women’s development, including The Abu Dhabi Award and Abu Dhabi Medal (conferred by H.H. General Sheikh Mohammed bin Zayed Al Nahyan, Crown Prince of Abu Dhabi), the UN-affiliated Women Together Award, the Aspen Institute Emerging Voice Award for Cultural Stewardship, the Puccini Festival Foundation Award, an honorary doctorate from the American University of Paris, and the Middle East Institute’s Visionary Award, among many others.

An Emirati National, the daughter of a pioneering Saudi businessman and a Syrian mother, Huda was born in Beirut, Lebanon. Raised at a crossroads of cultures, her education took her to the American College of Paris, where she studied French literature and art history. Huda returned to the region and settled in Abu Dhabi. She is married to businessman and artist Mohamed Abdul Latif Kanoo, a member of the prominent Yusuf bin Ahmed Kanoo business family, with whom she has three children, Abdul Latif, Noor and Abdul Rahman.

“Invest in the young. Create the future. Partner with the world.” 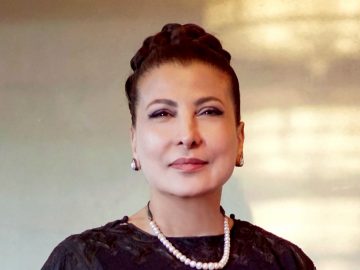 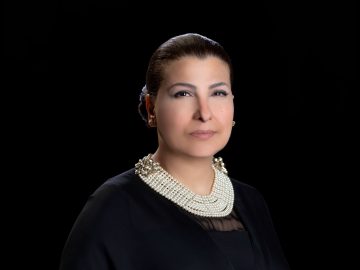 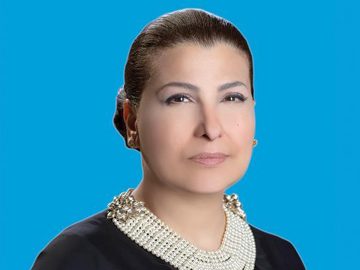 In its first-ever Ramadan series, ADMAF live-streamed, bespoke music and visual art events with international performers and artists throughout the holy month...

Culture, the value of the creative spirit at a time of uncertainty

On 9 August, 1942 at the height of the Second World War, in a besieged Russian city, a concert was about to take place. Leningrad (now St Petersburg) was surrounded by an enemy who showed no mercy... 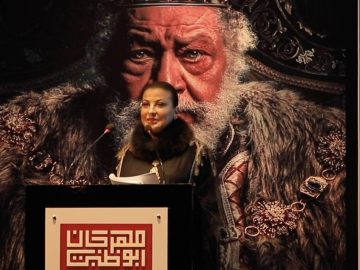 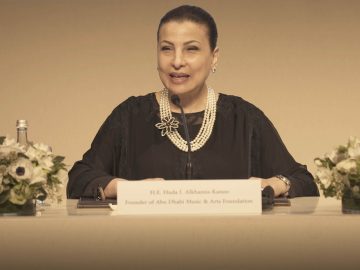 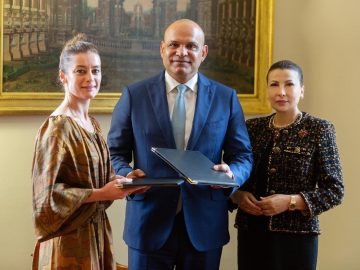 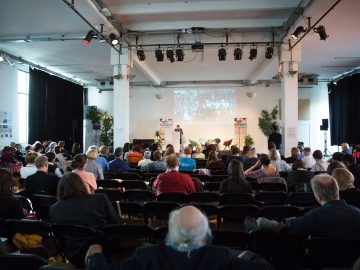 H.E. Huda I. Alkhamis-Kanoo at the IMC 6th World Forum on Music

A stirring, inspirational talk by H.E. Huda I. Alkhamis-Kanoo at the International Music Council's 6th World Forum on Music, in Paris...

H.E. HUDA I. ALKHAMIS-KANOO SPEECH AT A MADRID PRESS CONFERENCE 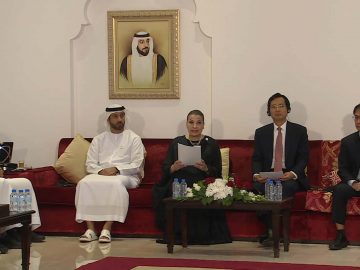 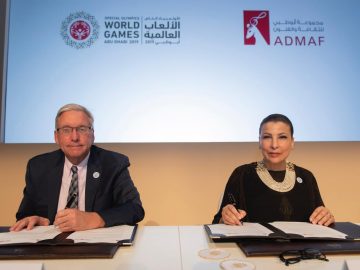 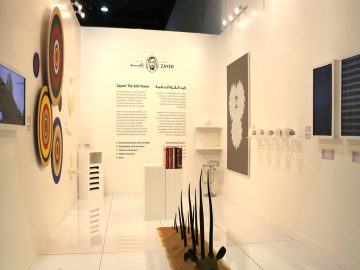 ADMAF showcased a selection of artworks by Emirati and UAE-based artists reflecting the core values of the late Sheikh Zayed bin Sultan Al Nahyan at Abu Dhabi Art. The pavilion was centred around Zayed: The Soft Power... 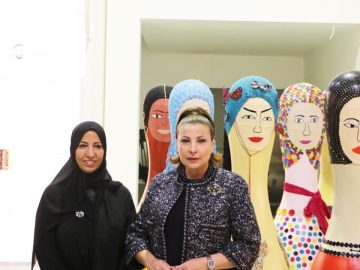 H.E. Huda I. Alkhamis-Kanoo with the General Director of Ewa'a Shelters for Victims of Human Trafficking, H.E. Sara Shuhail. Ewa'a Shelters features in strategic collaboration with the ADMAF Pavilion at Abu Dhabi Art 2018... 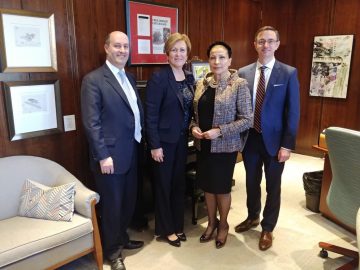 VISIT TO THE JOHN F. KENNEDY CENTER FOR THE PERFORMING ARTS

Founder of ADMAF, H.E. Huda I. Alkhamis-Kanoo, visited The John F. Kennedy Center for the Performing Arts and met with its president, Deborah F. Rutter. Also in attendance was Timothy O’Leary, General Director, WNO, and... 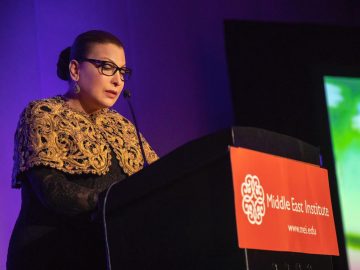 On November 7, 2018, H.E. Huda I. Alkhamis-Kanoo, Founder of ADMAF, was awarded the esteemed Middle East Institute Visionary Award in recognition of her outstanding leadership in empowering artists and... 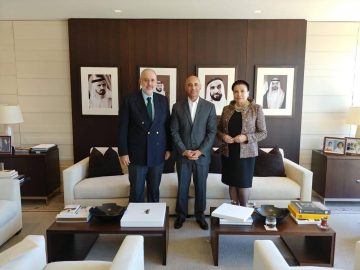 The UAE’s Ambassador to the United States, H.E. Yousuf Alotaiba, welcomed the ADMAF Founder to the beautiful UAE Embassy in Washington, DC, in a meeting to discuss Art and Culture, and... 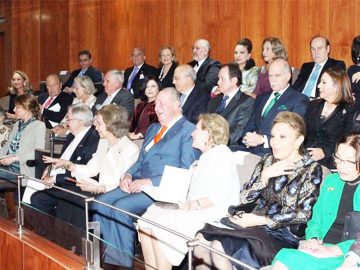 On November 2, 2018, ADMAF founder, H.E. Huda I. Alkhamis-Kanoo, attended the Reina Sofia School of Music for the celebration of the 80th birthday of Her Majesty Queen Sofia, which took place in Madrid. 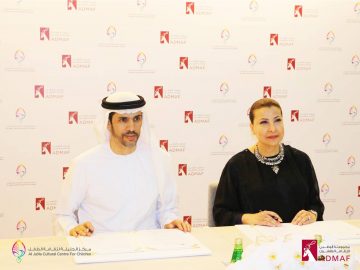 ADMAF AND THE AL JALILA CENTRE FOR CHILDREN

H.E. Huda I. Alkhamis-Kanoo, Founder of ADMAF, and H.E. Mattar bin Lahej, Executive Manager of the Al Jalila Centre for Children signed a Letter of Cooperation on October 17, 2018, with both parties agreeing to coordinate... 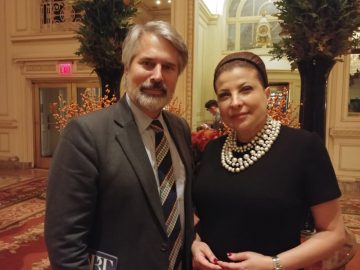 MEETING WITH US PARTNERS – AUTUMN 2018

International strategic partnerships are central to the Foundation's work in cross-cultural diplomacy and a number of these long-term relationships are with US cultural leaders...