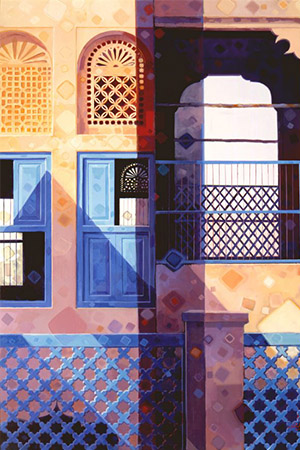 Abdul Qader Al Rais began his artistic career even before the UAE was officially formed. A pioneer, he remains at the forefront of the Gulf visual arts sector, continuing to develop his own style while mentoring the next generations. During his prolific career, Al Rais was a founding member of the Emirates Fine Arts Society and the winner of numerous prizes including the first ever Sheikh Khalifa Prize for Art and Literature.

His art has been praised for its accurate depiction of nature and for its innate energy that captures the essence and spirit of the landscape that he loves to paint. Much of his work also contains references to traditional architecture such as doors and windows that have become as symbolic within his paintings as his signature floating squares, which occupy much of his later work. Al Rais has been holding exhibitions worldwide since 1995. During that time, which included many years of experimentation, he has been developing a distinct style.

Today, no collection of contemporary Arab art is complete without an Al Rais work. He has been exhibited regionally and internationally. In 2016, Al Rais participated in ‘Portrait of a Nation, one of the largest exhibitions of UAE contemporary art to date at the Abu Dhabi Festival, organised by the Abu Dhabi Music & Arts Foundation (ADMAF). His work is part of The ADMAF Art Collection and is featured in the ADMAF publication ‘The Art of the Emirates’.

“I started seriously in 1965 when I was 14 years old. My father died and my mother sent me to live in Kuwait with my sister and her husband. I was lucky because the Kuwaiti government was supporting art and they gave me materials. At that time, my teachers were the masters – Raphael, Da Vinci and Rembrandt. I couldn’t read English so I just looked at their pictures in art books and the talent amazed me. Later, I learned from Monet and Pissarro because I love impressionism. By 1968, I had developed my own style… when I am painting I look for that beauty. Sometimes you find it in landscapes, sometimes in a piece of wood such as a door. When I put something on the canvas, I try to bring out the beauty; to emphasise it.” 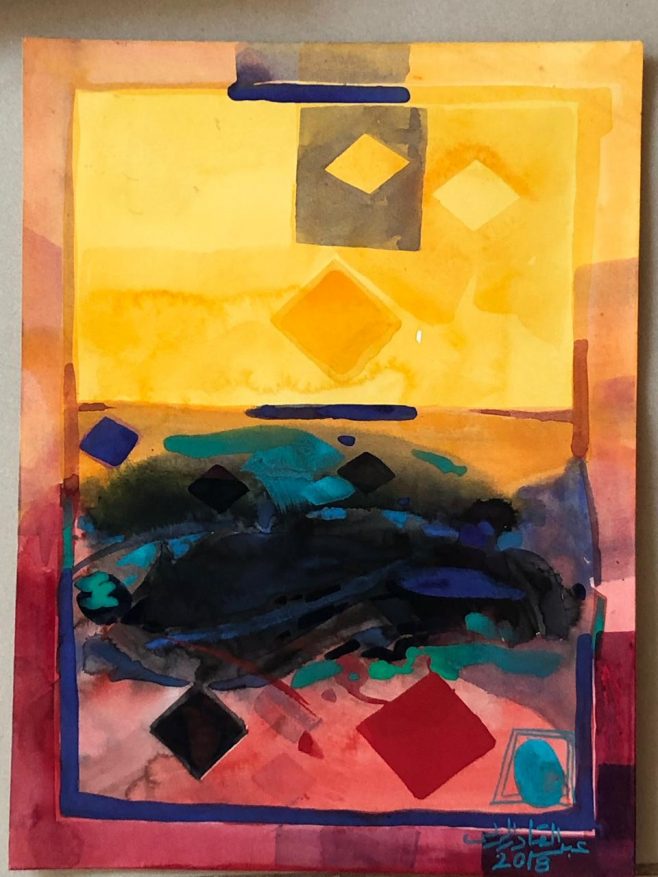 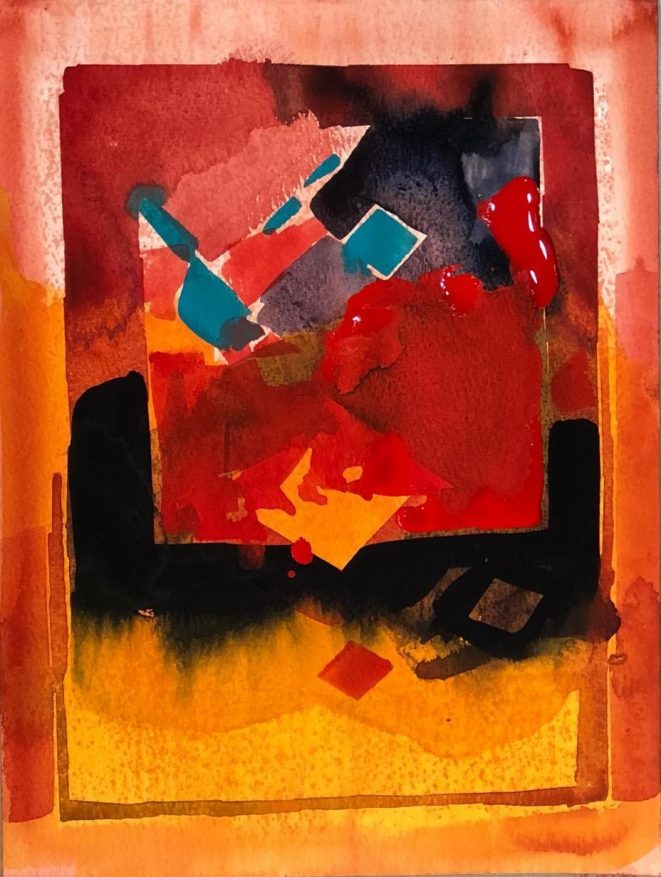 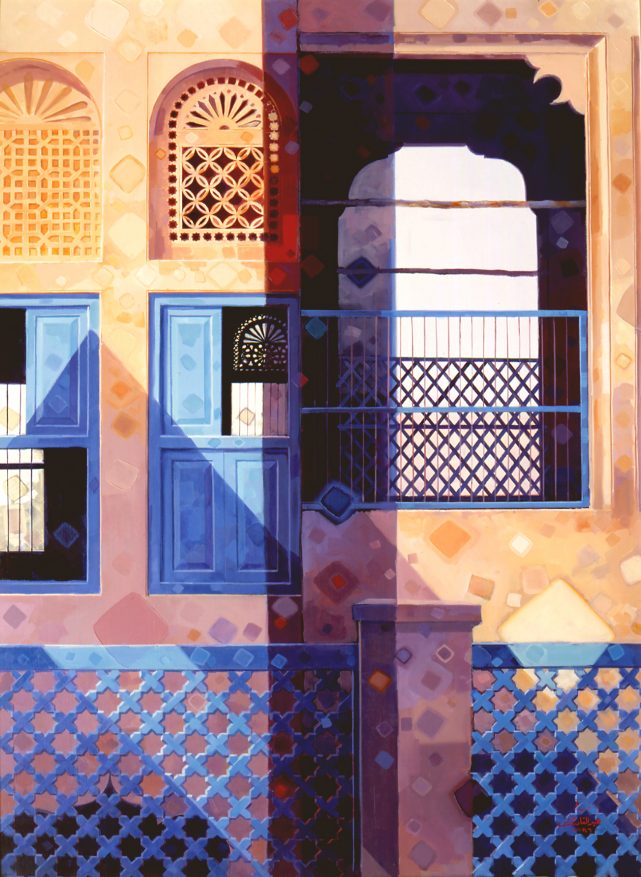 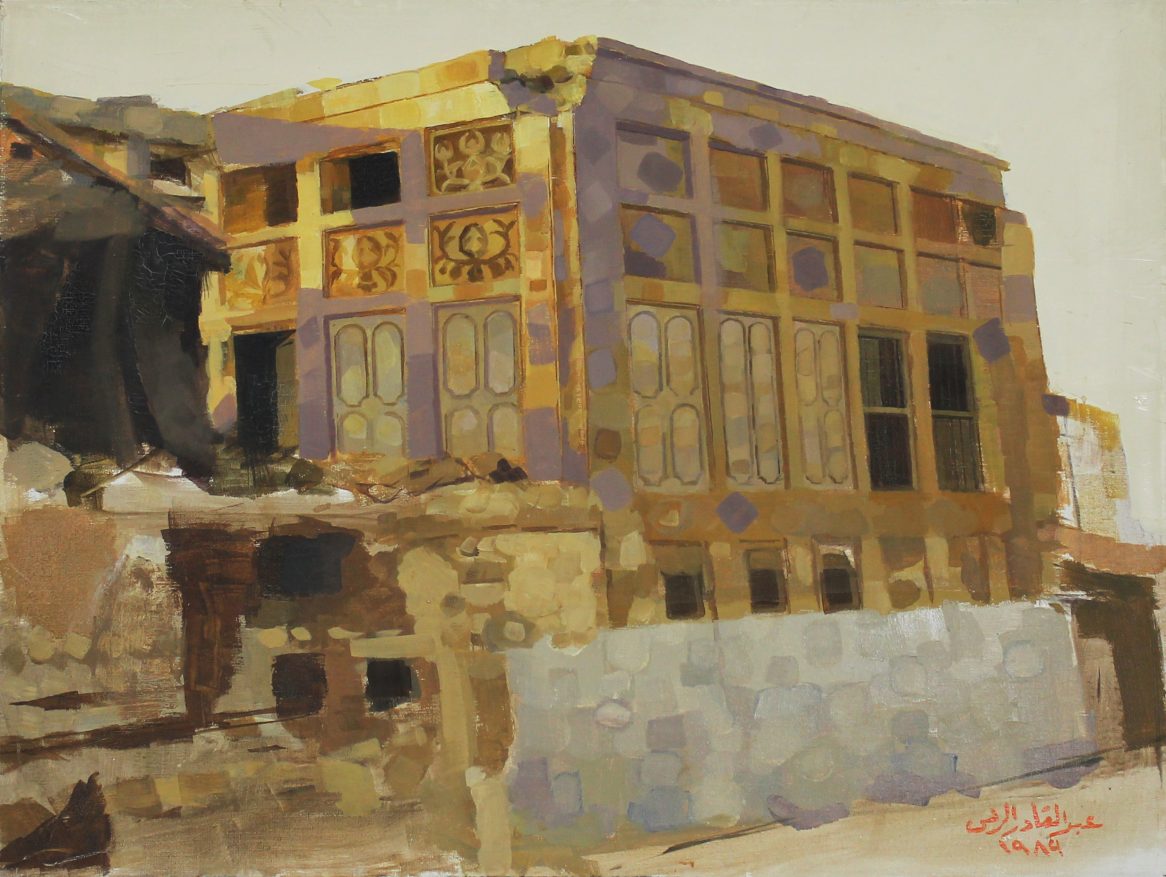 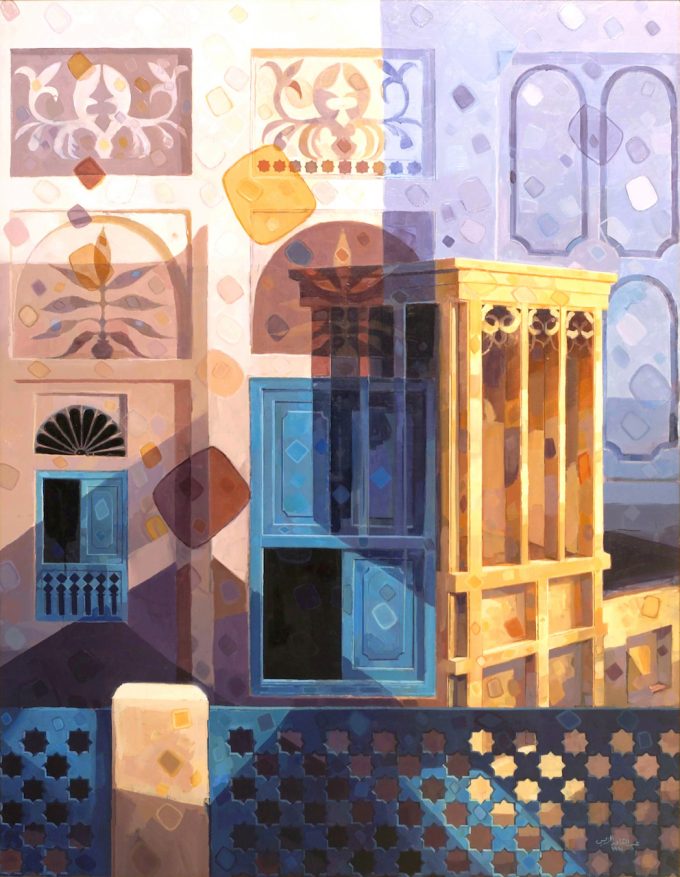 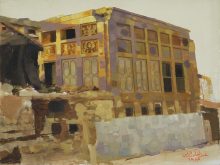